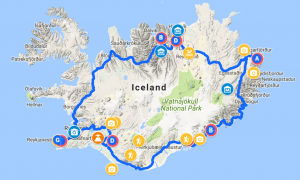 It felt like a day later, but by 11am we were exploring Reykjavik, starting with a walk along the seafront. 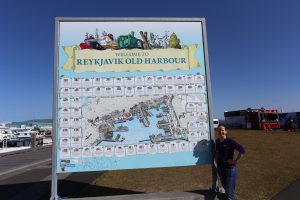 Top tip: we found you can get free coffee at the tourist information centre and also at the Aurora Reykjavik.

The view north from Reykjavik harbour: 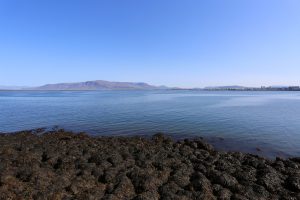 The Maritime Museum, with one of the boats, Gullborg, outside. 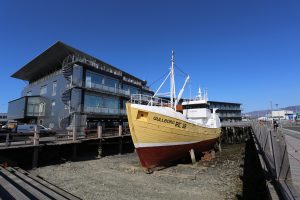 We had a recommendation to try the lobster soup at the harbour, but it was packed at 1pm so we returned a while later. 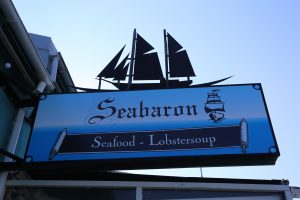 The modern city hall (left side of photo below) is on the edge of the beautiful lake, Tjörnin.

After spending some time in the National Museum, learning about the settlement and history of Iceland, we walked up to the church, Hallgrimskirkja. 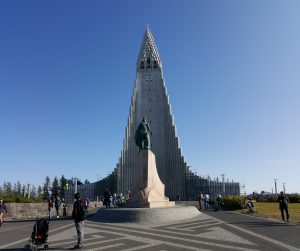 One cinnamon bun later, we got to our last stop, the “Sólfarið – Sun Voyager”. 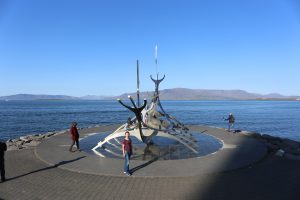 “We all have our fantasy boats, vessels that we dream of sailing away in, into the dream. In my ships I unite my own fantasy, precision and the knowledge that boat builders have developed through the ages. The sun ship gives us a promise of a primeval land.” Jón Gunnar Árnason