On Friday 26th February, representatives from over 15 schools in Norfolk gathered at my old school, City of Norwich School (CNS) for an all day event, culminating in a ten minute amateur radio contact with British ESA astronaut Tim Peake, on board the International Space Station.

Keynote speaker Mark Thompson got the day off to a rousing start with several successful live demos to keep everyone awake and entertained. This one showed hydrogen peroxide mixed with potassium iodide, breaking it down into water and oxygen, producing heat and force. 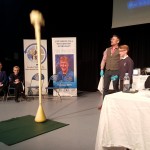 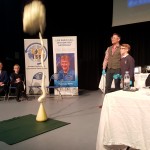 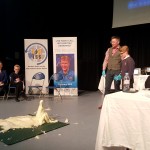 I exhibited meteorites over the lunch period and introduced many pupils to their first space rock, while pupils queued up to put some mileage on the Triathlon Trust bikes in the 400k space to earth challenge, to cover the mileage between Earth and the ISS. It was announced later that the pupils had cycled 859km, made it to the ISS and back again in perfect time to talk to Tim. 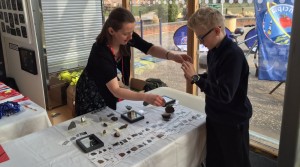 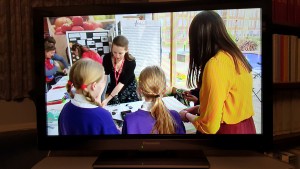 With a talk by meteorologist and amateur radio enthusiast Jim Bacon (Weatherquest), I was then part of the expert panel alongside Libby Jackson (UK Space Agency), Dr Helen Mason (Solar physicist, Cambridge) and Mark Thompson (StarGazing Live), and we took questions from the audience about living in space. 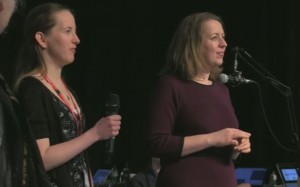 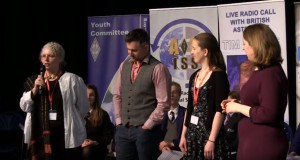 The hour of the call finally arrived. The 10 pupils who had won the competition to ask their question to Tim Peake, were well rehearsed to take over from each other at the mic, as they knew it was crucial not to waste the precious 10 minutes. Happily, the contact lasted long enough to start on the second round of questions, and we had visual contact too!