Skip to content
Our fascinating tour of the Swedish Institute of Space Physics (IRF) informed us about several of their projects. As a research institute they have nearly 100 staff based at Kiruna, with further groups at Uppsala, Umea and Lund. 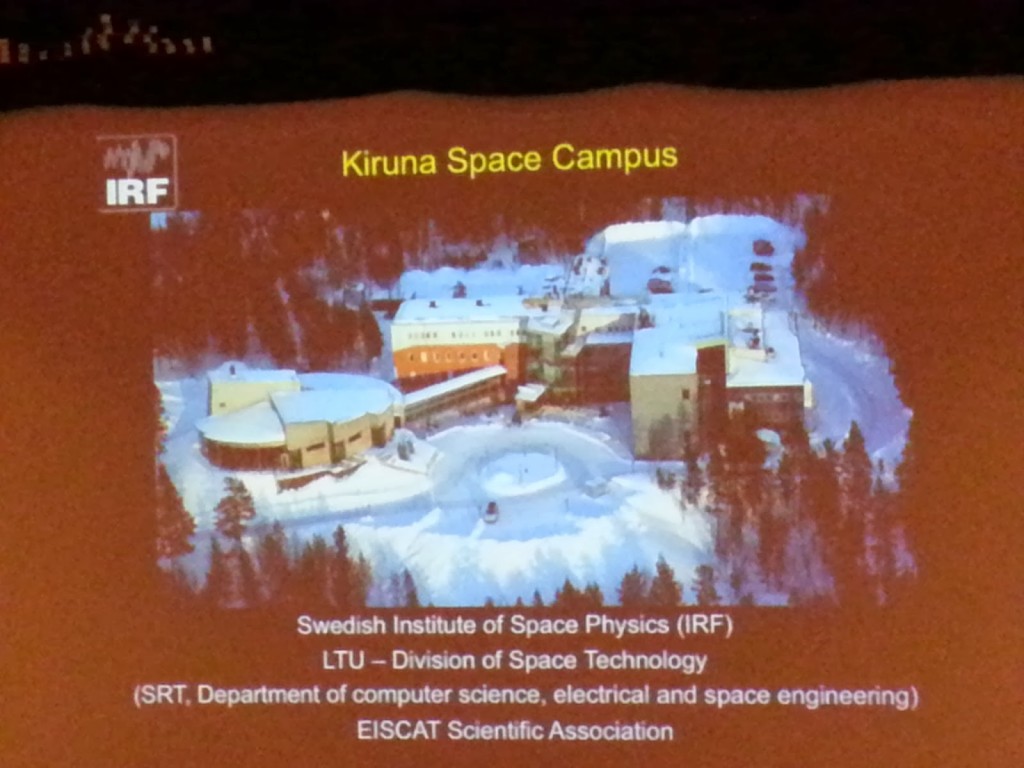 IRF have been involved in many past, current and future space missions. Their latest success is having two instruments accepted for JUICE, Jupiter Icy Moon Explorer, due to orbit Ganymede from 2030. They have two instruments on Rosetta, a dual Langmuir Probe from IRF, Uppsala, and Ion Composition Analyser (ICA) at IRF, Kiruna. These instruments will be tested towards the end of March 2014 to check they are working properly following the extended two year hibernation period of the mission.

Uwe Raffalski has been at the Institute since 1998, and told us about the microwave radiometer which is used to measure trace gases in the atmosphere. They emit radiation at certain frequencies which can be identified through spectrometry. Ground based measurements contain significant water vapour, so are only useful for a certain range of frequencies. Atmosphere based measurements from balloons and rockets avoid a lot of the water vapour and enable an extended range of frequencies to be studied. 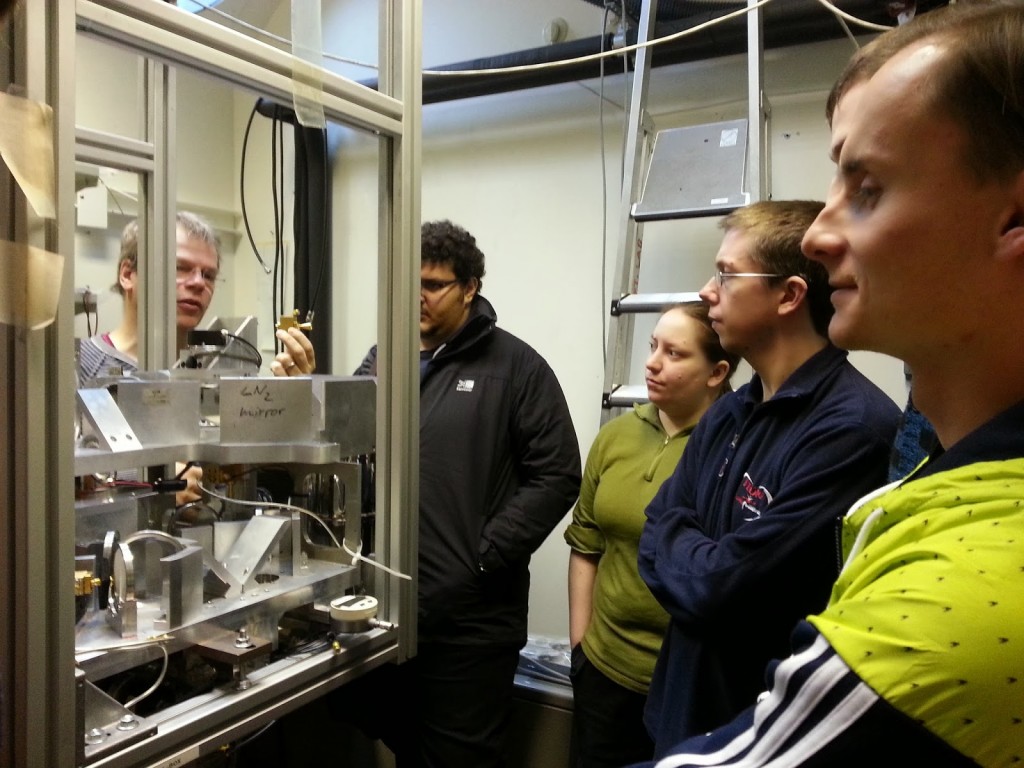 The gold item being shown in the above picture is the antenna/receiver which takes the data from the optics and sends it to the spectrometer. It is kept at a temperature of 25 Kelvin to avoid noise in the measurements.

This leads to graphs of results like this, measuring ozone (O3) and carbon monoxide (CO).

An instrument was built to look specifically for chlorine monoxide, which would only be 100 milli-Kelvin measurements (temperature of the radiation), compared to other higher ranges for other gases (different order of magnitude) but none was found.

Katarina Axelsson completed a PhD in auroral physics last year, and is now working in Norway (with a 25% project in Kiruna). She helped develop ALIS, the Auroral Large Imaging System. Originally it was hoped to have lots of ALIS stations all over northern Scandinavia, so far six have been built. ALIS is taking measurements from different angles in order to build up a 3D image of the aurora from imaging from multiple locations simultaneously. The ratio of intensity of different emission from different locations will help construct a profile of the strength of the aurora at different heights.

ESA offer opportunities for student teams to propose REXUS and BEXUS experiments, to be flown on balloons and rockets launched from Kiruna. The largest, MAXUS rockets go up to 700km, and there is a model of this in town.

The IRF Space simulator is used for thermal balance and thermal vacuum tests of instruments and small satellites as well as for other tests in vacuum.